What a week this has been for India’s ‘bad boy billionaires’. First Netflix released a three-episode docu-series on Vijay Mallya, Nirav Modi and Subroto Roy, followed by Sony Liv’s 10-episode show on Harshad Mehta – the man who rigged the system much before these three. 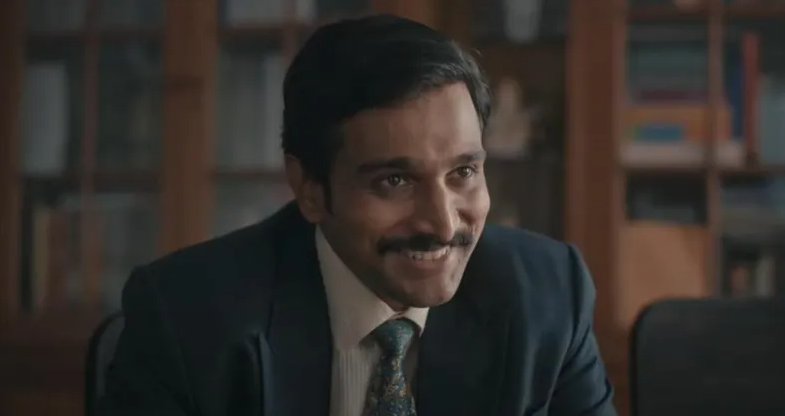 You know the story, you know the characters – and you know the aftermath. Much like the markets he invested in, Harshad Mehta’s fortunes too have witnessed a number of ups and downs and Scam 1992 captures all of them quite well. What makes it one of the most ‘real’ non-fiction on an Indian streaming platform is the fact that there are so many real-life characters in it – be it RK Laxman who shows up a couple of times, or be it the likes of Manmohan Singh, Rajdeep Sardesai, PV Narsimha Rao, George Fernandes, Ram Jethmalani, Pritish Nandy,  and a character that was clearly based on Chandra Swami (though he was never really named for some reason).

It has been quite a while since I have watched a show with a female narration and it was a refreshing change. This was Sucheta Dalal’s story and it was her character narrating it to us – though at some points the narration felt weak because as a viewer I could completely feel her just reading it out from a piece of paper. The second thing which really stood out was that there was a Gujarati actor playing the role of a Gujarati man – which really gave the character of Harshad Mehta a much-needed dose of reality to it. Perhaps Bollywood should do more of it.

Pratik Gandhi, virtually unknown to the audiences who haven’t seen the abominations that Loveyatri and Mitron were, nails the character down to some very detailed nuances be it Harshad Mehta’s way of talking and sitting, or even smaller details such as how he would keep one of his arms a little raised while the other relaxed while seated on chairs, or how he would later flick his glasses while tensed. He truly brings the character to life.

One thing that Scam 1992 could totally have done without is the many, many, proverbs, and analogies that they have used. Perhaps Harshad Mehta was really into these proverbs, perhaps he was really passionate about comparing everything to the stock market – but from a viewer’s point of view, this got on my nerves after a while. There was a little too much rhetoric for my taste, which after a while would make me physically cringe. I don’t remember when was the last time I saw Satish Kaushik on-screen (was that Udta Punjab?). It was good to see him back. Rajat Kapoor, who plays CBI’s K Madhavan (who passed away in January 2020) was another character who had all your attention any time he appears on the screen, but such is the magic of Rajat Kapoor in all his films. 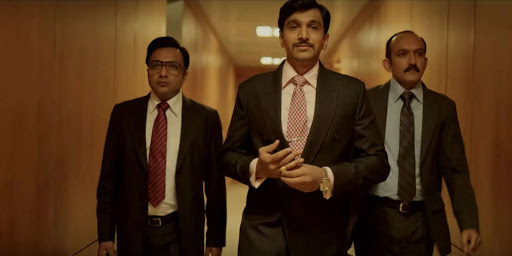 Another thing that Scam 1992 scores really well in recreating the charm of the 80s and the 90s. I would like to believe here’s where the genius of Hansal Mehta was truly at play. At all points of the show you were reminded of the year/era we are in with the help of numerous pop culture references. From the iconic ‘Ek Chidiya, Anek Chidiya’ song to references to the carrot-eating detective Karamchand, the Shammi Kapoor Pan Parag ad, Agantuk being Satyajeet Ray’s last film, Cola companies entering India, all the way up to Amitabh Bachchan appearing on the ‘chhota parda’ with the inaugural season of KBC, the show got all of it right. Numerous hints at songs were also made – Pehla Nasha, Ilu Ilu, and Mehndi Laga Ke Rakhna immediately tell you which year we are in!

Political events such as the assassination of Indira and Rajeev Gandhi, the announcement of the liberalization budget, Pokhran, and swearing-in of Atal Bihari are a constant reminder of how real the story is – and these are much-needed reminders because Harshad Mehta had a larger than life personality and was quite the urban legend. But make no mistake, Scam 1992 is a real story. As real as it gets. The show also makes good use of some archival footage but thankfully does not overdo it.

While Scam 1992 was a story based in the 80s and the 90s, there are some undertones that make it feel quite relevant. Harshad’s question to Sucheta about being in ‘the business of journalism’ is what many journalists today are being accused of. Criminals hiding behind the veil of nationalism, CBI being used as the ‘caged parrot’, politically motivated raids, the fear of being branded a criminal for political vendetta are all issues which are way more relevant in 2020 than they ever were in the 90s. 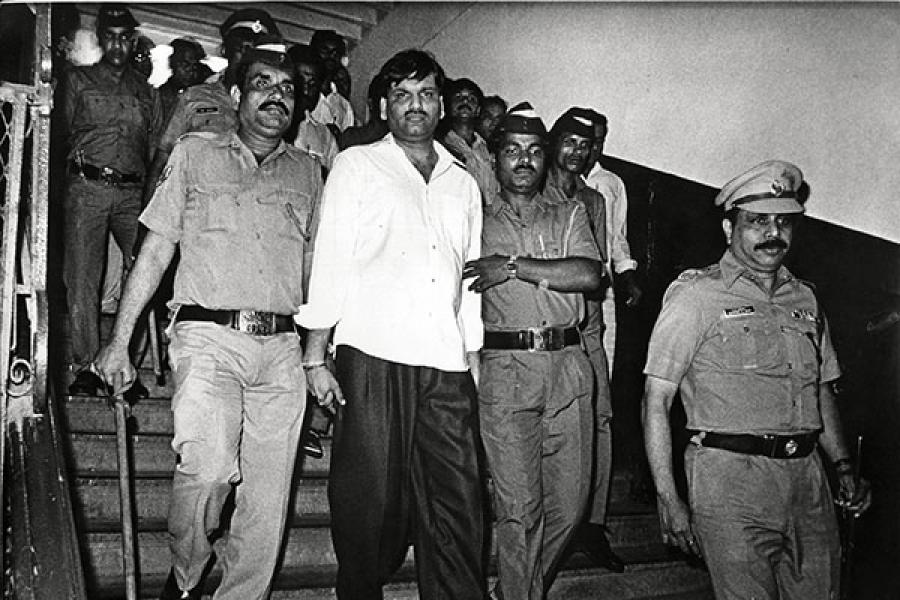 While this is Harshad Mehta’s story, this is also Sucheta Dalal’s story and it traces the high point of her career rather closely. It shows her going through a number of journalistic dilemmas and making tough decisions, fighting for her story, and standing for the truth. The character of Dileep Padgaonkar makes a brief appearance, and a hat tip to All The President’s Men is also made when Sucheta calls her source DT/deepthroat. I could sense that a lot of old-school professors at J-schools all over India would be beaming after watching the show.

A very interesting comment on “56 inch chaati” was also made at one point in the show. A nice hat tip to you know who.