At first glance, the ruins of Delhi’s Feroz Shah Kotla citadel look like one of the many ruins that are located all over the city. These 14th-century ruins were once the seat of power of the Tughlaq dynasty. The ruins house a mosque, many broken walls and arches, as well as a Gupta-era pillar. Centuries later, what once was the city of Ferozabad is yet another monument protected by the Archaeological Survey of India. However, there is one thing that sets these ruins apart: these ruins are home to the djinns of Delhi.

Djinns (Jinns) are supernatural creatures believed to have been born out of fire in Islamic mythology. Followers of the religion believe that the djinns exist in the same realm as the humans but are not visible to the human eye. These spirits can be notorious as well as kind. The djinns of Kotla are believed to be kind. Every day, hundreds of people walk into this monument and write letters to the djinns of Kotla. These letters, usually in the Urdu or Arabic languages, express the troubles and the distress that the person who has written the letter is facing. It is believed that once the djinns read the letters, they would provide a solution to the problems.

“Dear Jinnat Baba who hails from the holy lands of Mecca and Medina, I am Salamuddin. I write to you as I wish that the work of my boss gets done and I get paid on time. I also wish my younger brother gets married and I wish to take my mother, father and grandmother for the Hajj. I wish for all the Djinns and Peer-Fakeers to pray for me,” reads one letter. Another letter, written by one Islamuddin simply asks for the djinns to bless him and his family and seeks forgiveness for any sins they may have committed 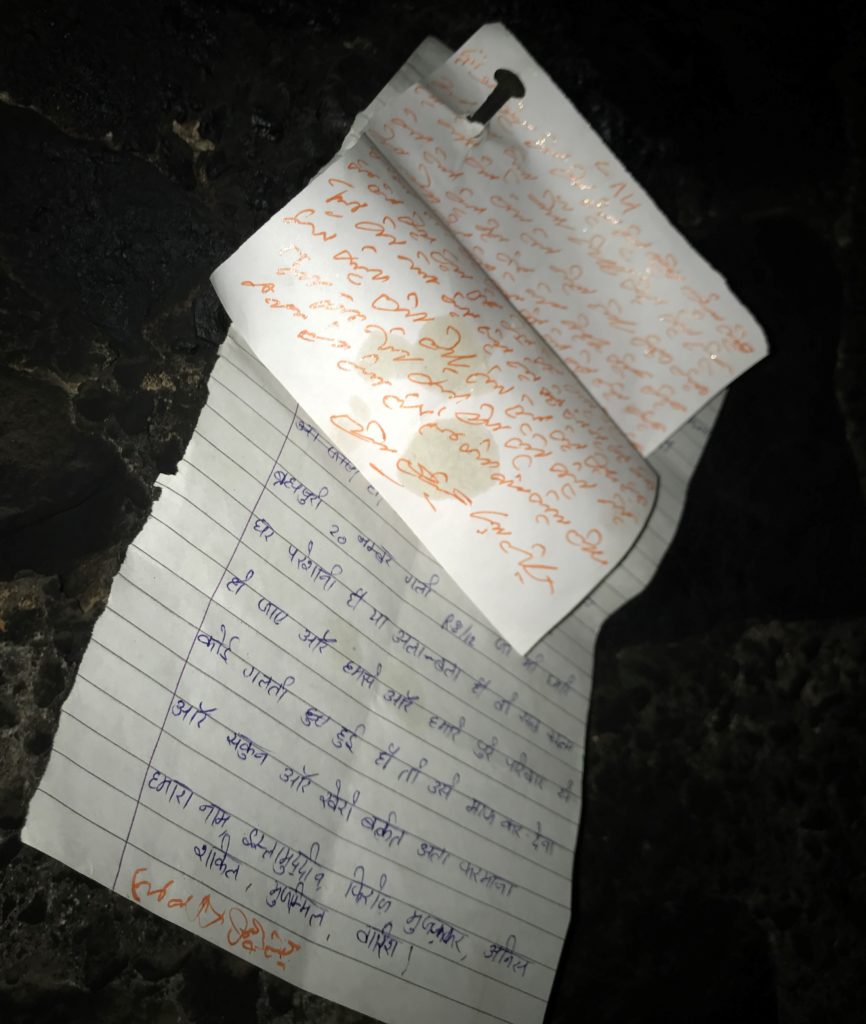 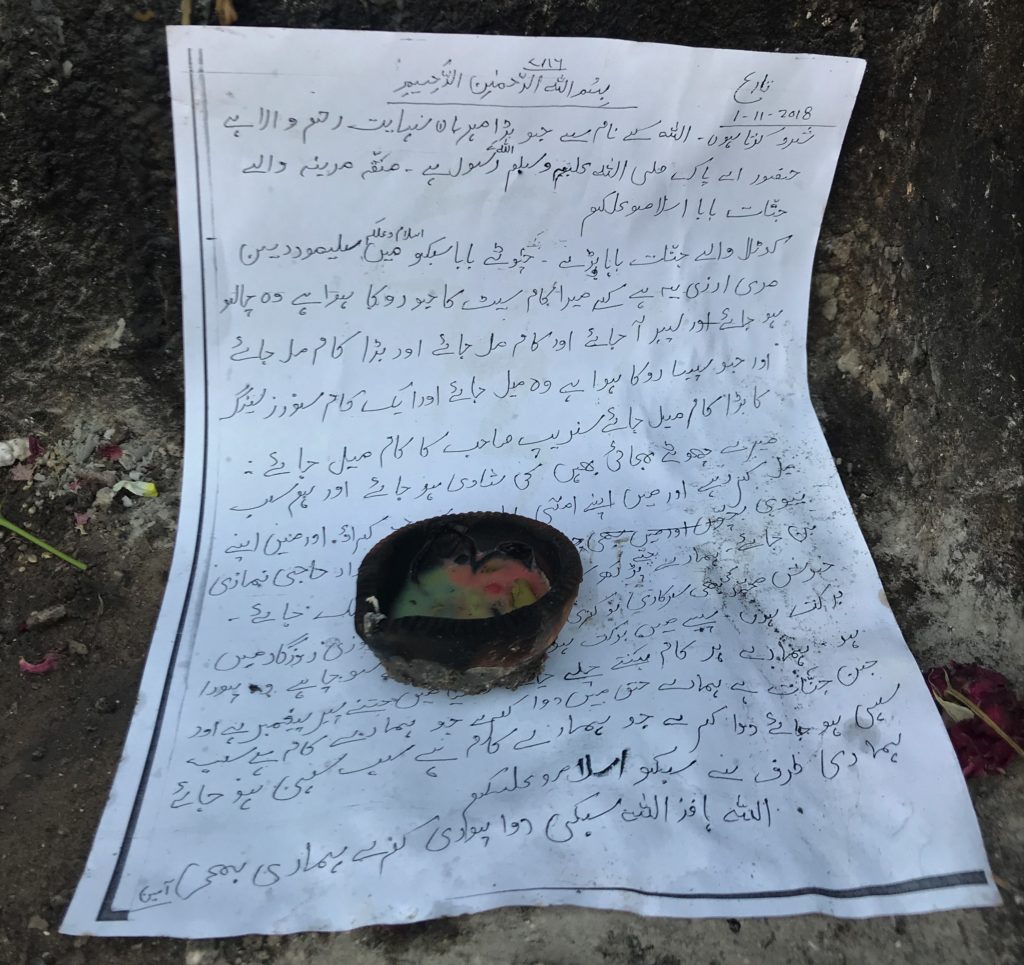 A third letter is placed along with a copy of an FIR. The letter requests the Djinns of Kotla to help the petitioner get an appropriate amount for his land that has been occupied by someone. Another letter was spotted along with an admit card for the entrance examination of the APJ Abdul Kalam Technical University (Lucknow). Several such letters are placed all across the ruins of Kotla. Some stuck against the wall, others stuffed inside crevices while there are some which are hammered with a nail.

As the days of the springtime glory fade away, the smell of the flowers is replaced by the smell of the burning incense sticks which are placed along the crevices of these 14th-century walls. There’s a fourteenth-century Mosque in the complex, the Jami Masjid. When Timur first invaded India, he was so impressed by the mosque (and particularly by the rooms on the lower ground floor) that he hired masons from India who helped build a similar mosque at Samarkand.

The rooms on the lower ground floor of the mosque are pitch dark and inhabited mostly by bats. Some of these dark chambers also house graves, one might occasionally come across fresh mud while walking barefoot. It is in these chambers, that those who seek the help of the djinns come to pray and to light their diyas and candles. However, the letters and candles can be found placed all across the monument. Many even offer flowers and even food to the djinns. Some walls even have coins stuck on them with the help of candle wax. 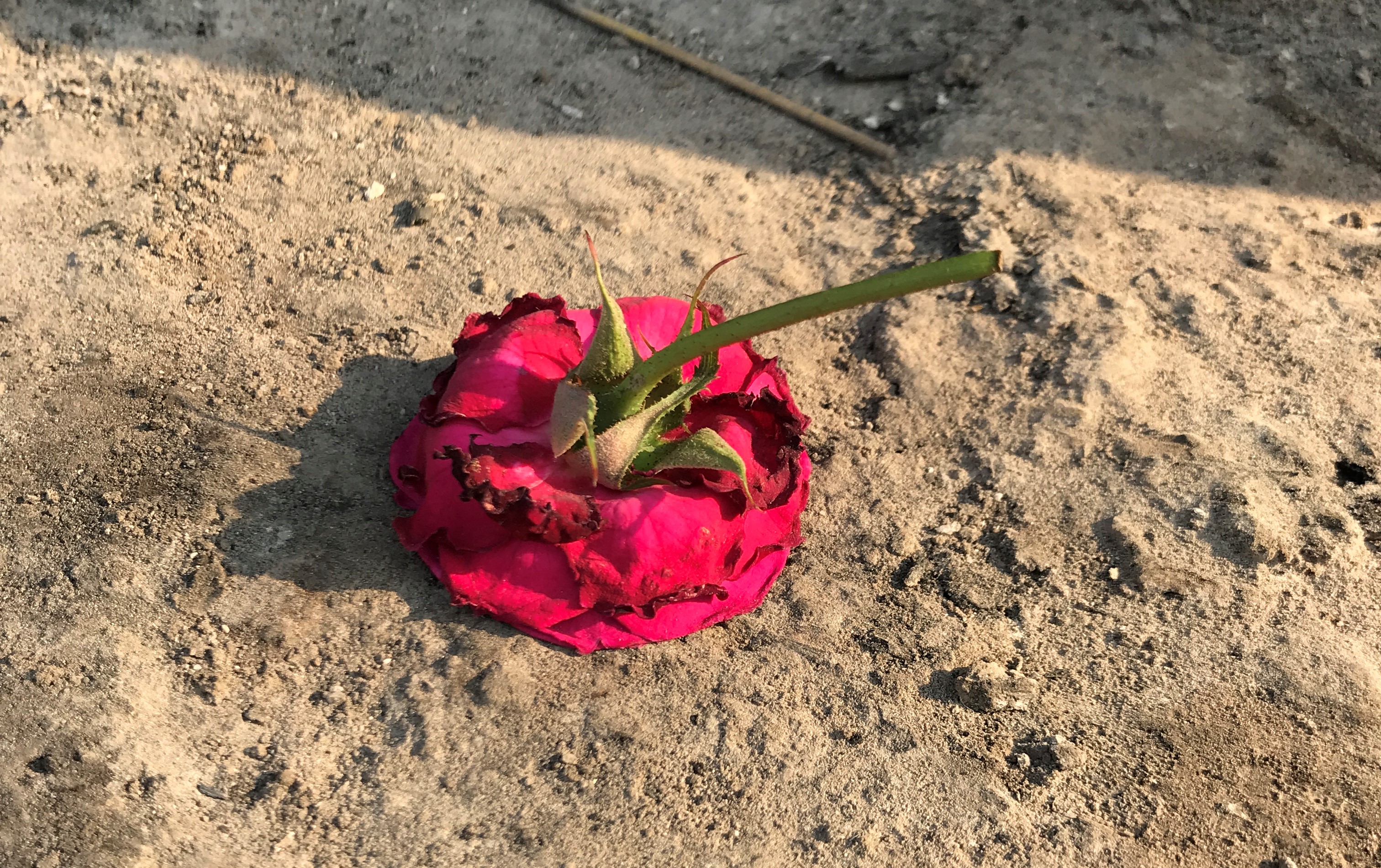